For a list of MICs, see footnote 3. Given its low level of exports, Pakistan has relied in recent years on a large and growing volume of remittances and on official and private financing to cover its import bill. It is worth noting, however, that these international flows, especially private flows, can be volatile because they are subject to external and internal shocks.

Pakistan has had a consistent rising trend of remittance flows for many years, but recent international economic developments suggest that this is unlikely to persist. Remittances from the Gulf countries, which have been a large and growing share of the total, are likely to plateau as these countries adjust their spending to the new lower price of oil. Pakistan will need to adjust to lower growth in remittances going forward.

However, when there was an external shock—such as the increase in oil prices in the years leading up to —or when an excessively loose fiscal stance or a misguided exchange rate policy translated into an increased demand for foreign exchange, as has been the case more recently, these reserves were drawn down, sometimes to a level that threatened a macroeconomic crisis and led to recourse to the IMF figure 1. Security problems, energy shortages, poor infrastructure, and other shortcomings in the business environment provide a good part of the explanation.

A lack of investment in the export sector; or in updating technology and research and development that would raise the value added of exports; or in the educational system to generate enough trained technicians, workers, and managers are other reasons. It is noteworthy that the largest corporations in Pakistan are either in manufacturing for the domestic market or in the service sector. A few rely on explicit or implicit protection in the form of import barriers or administered prices for inputs and outputs.

Finally, over the years a misguided adherence to an overvalued exchange rate has made it harder for Pakistani exporters to compete in international markets while also resulting in the loss of a substantial share of foreign exchange reserves in an attempt to prevent necessary exchange rate depreciation.

In contrast, some of the more successful emerging market exporters have seen the exchange rate as a tool to preserve their competitiveness and to build foreign exchange reserves to enhance their resilience and economic independence. Behind these specific factors is the political economy of reforming the anti-export bias. Under the current regime, consumers have benefitted from cheaper imports and entrepreneurs have moved into producing for the domestic market with some degree of protection or in other non-tradeable activities. Exporters have voiced concerns about the exchange rate and other factors affecting their competitiveness, but they have sought government financial support rather than effectively lobbying for a more export-friendly regime.

The entrepreneurial capacity and business acumen is certainly there. The performance of the small and medium enterprises sector in Sialkot is a striking example of success despite the weaknesses in the business environment and in infrastructure. However, to generalize this type of success requires a combination of public policy and supportive infrastructure investments. In this context, recent improvements in the security situation are welcome, as are investments to increase the capacity for electricity generation and—less so—distribution.

These efforts will need to be supplemented, however, by a much more fundamental revisiting of the public policy and business environment to better align incentives towards exporting. Incremental schemes to provide limited subsidies or special incentives to exporters will only have a limited effect. If Pakistani policymakers truly want to quadruple the volume of exports, it will take nothing short of a national drive sustained over at least a decade.

And it will require the political will to resist the calls of vested interests that gain from the current protectionism and anti-export bias. These two main structural weaknesses—fiscal imbalance and weak export performance—have been present for many decades, and their role in generating macroeconomic vulnerability is well understood. It is legitimate then to ask why they were not addressed under the numerous IMF-supported programs. Of course, the IMF is only one external agency engaged with Pakistan on economic policy questions.

To be sure, many IMF-supported programs did attempt to address these structural issues, but, in the end, they were only partially successful. The answer is that while IMF policy conditionality can reinforce what national governments are committed to doing, it cannot by itself achieve sustained policy change where there is no national commitment to the underlying reforms.

Moreover, by its nature, IMF engagement is more effective at addressing short-term problems of macroeconomic instability and can play only a limited role in promoting longer-term actions to address underlying structural issues. In some countries, governments have used the presence and conditionality of the IMF to undertake difficult structural reforms, but these were reforms that the government wanted to carry out.

Where the IMF has been less successful is in pushing reforms that the host country government itself does not support. In these cases, good intentions generally remained just that. In Pakistan, as in many other countries needing IMF support, the decision to ask the IMF for help is typically deferred until a crisis appears imminent. At that point, both the authorities and the IMF staff agree that the immediate focus of the IMF program should be, first and foremost, on arresting the deterioration in macroeconomic imbalances and restoring macroeconomic stability.

And in most instances, the programs have been quite successful in doing that. Fiscal and current account imbalances were contained, reserves started to be rebuilt, and confidence in the economy was strengthened, leading to a pick-up in domestic investment and external financing. 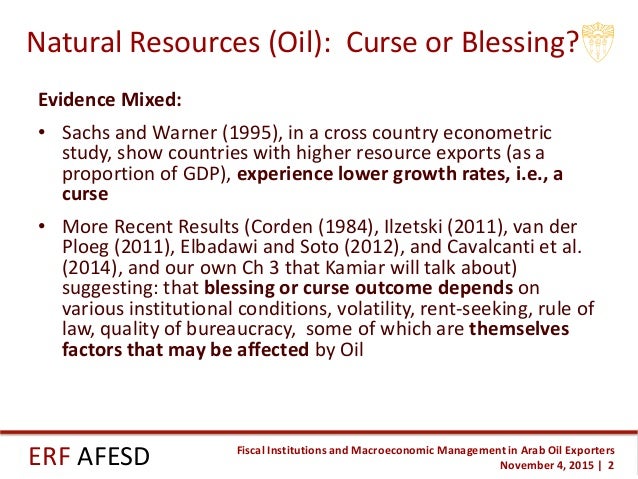 In parallel to these stabilization measures, the authorities and the IMF staff also usually agreed on a set of plans to address the underlying structural weaknesses. On the fiscal side, this has often comprised targets for increased tax revenues backed up by plans to enhance tax administration or to bring more people into the tax net.

This has sometimes been accompanied by plans to reduce losses in public enterprises through tariff policy, better management, or privatization. On the external front, the structural agenda has mainly focused on improvements to the business environment or tariff policy to encourage increased exports. In the majority of cases, these reforms were not fully implemented, leading to Pakistan abandoning the IMF assistance program before completion.

Although each episode and each program are unique, there is a common pattern. In most cases, the initial year of the programs went well, with the government taking the urgent fiscal, monetary, and exchange rate measures necessary to stabilize the economy and restore a degree of confidence.

Sometimes, the IMF continued to support the country when the macroeconomic aggregates—such as the reduction of the fiscal deficit or the buildup of reserves—continued to show the anticipated progress. It is sometimes asked whether the availability of IMF financing is itself a disincentive to fundamental reforms.

This is a serious argument with a foundation in both economic theory and empirical evidence. The work of respected economists like Michael Bruno has shown that many instances of fundamental economic reforms have been triggered by a major crisis. The question then becomes whether, given the history of past programs, the IMF should refuse to finance a new program when approached by Pakistan, in the hope that the ensuing crisis would trigger reforms that would obviate the need for subsequent support.

This is theoretically a possibility, but it faces intellectual, moral, and practical difficulties that make it unlikely to happen. Intellectually, it is true that deep crises can lead to deep reforms, but this is not inevitable in any given episode.

Thus, Financing is a residual derived of fiscal revenues and Expenditures. We distinguish two source of Financing. Foreign external financing and Domestic financing from bank and non-bank sector. The macroeconomic policy unit only provides inputs to monetary policy pertaining to fiscal policy. Monetary policy is exclusively under the control of the central bank BNR. The external sector has to do with the balance of payments.

BOP projections are used to inform the tree other sectors in the framework the fiscal sector, the real sector and the monetary sector. The macro policy unit liaises with the statistical department in National Bank of Rwanda, and also with line ministries, in order to ensure that required BOP data are available for the ongoing economic assessments and reports in a timely manner.